Councilor Jan Mikulecký organized a meeting in April 2012 with representatives of SVJ Místecká 567-569, where parking was one of the topics. Representatives of SVJ expressed support for one of the variants that change the axis of the parking lot, more here. The change of the axis was only conditionally approved by the Police of the Czech Republic, and as part of other project works, trips to Místecká Street were assessed in detail. The police of the Czech Republic issued a final opinion that the axis of the car park in front of the house must be preserved.

The surroundings of the car park, greenery and hills remain according to the latest design. The axis of the car park will be rotated only at the Místecká 448 house, which was approved by the Police of the Czech Republic. The maintenance of the current axis of the car park is not essential for the overall result of the project. The entrance to Krausova Street will be “blinded” only according to the requirements of the Parliament, which will calm down and increase the safety of the Nýdecká x Místecká x Krasova intersection. Winter maintenance in the blinded part of the car park will be ensured so that the maximum number of parking spaces is always available. 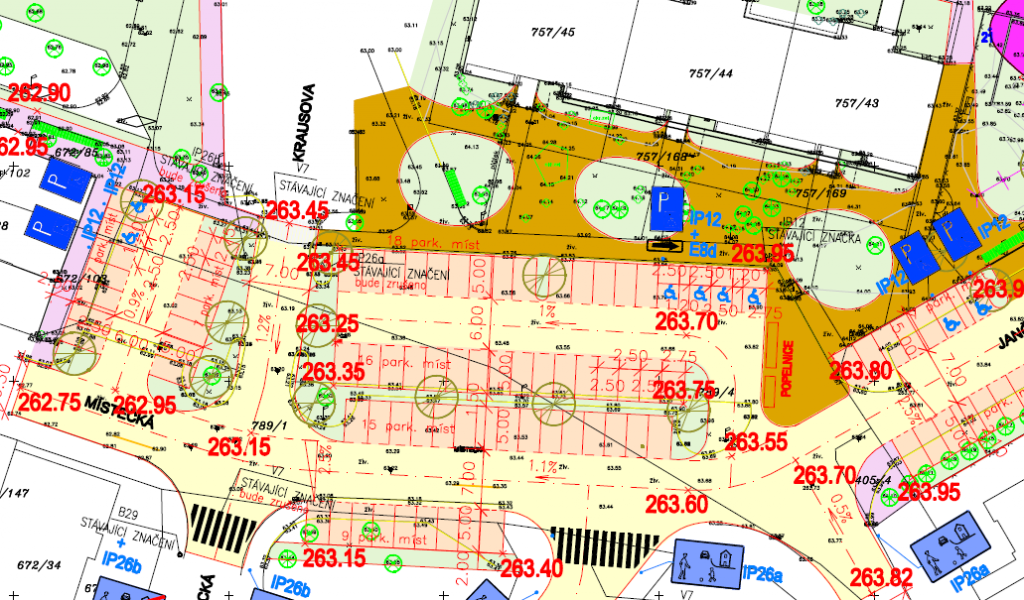