The Letňany housing estate has long been neglected and neglected. It has been gradually abandoned since the 1990s. After years, the houses fell into disrepair, public areas with benches and playgrounds were destroyed and unusable for their purpose. The settlement was gradually becoming a sad and inhospitable place to live. The Letňany lentils project, which is now awaiting the evaluation of the subsidy application, should change part of the housing estate beyond recognition next year. There will be new sidewalks, a playground for children, rest areas and more greenery. The project also does not forget about drivers, so new parking spaces will be created and traffic on the streets will be adjusted.

The preparation of such a large project takes months and years and has a number of phases. It starts with an analysis of the area and an architectural study, then comes a project for land management and building permits. Prior to implementation, it is necessary to select a suitable supplier in a complex tender. Councilor Jan Mikulecký started working on the project in the first months after the municipal elections in 2010: “I went into politics primarily with the aim of improving the environment in our housing estate. I am not indifferent to the surroundings of our house and I would like us to live in a much better space than now. ”

All changes in the housing estate are consulted in detail with residents from the very beginning. The first public presentation of Letňany lentils took place in September 2011 and since then there has been a continuous discussion about the project. All information, documents and drawings are available on this website. People can discuss and write comments and questions here. “Many residents of the housing estate use my personal contacts, which are available to everyone not only on working days. I am glad that the SVJ committees invite me to the assembly, where it is possible to discuss all issues directly with the inhabitants of the houses, “added Jan Mikulecký.

Evidence of maximum transparency and openness of the town hall to citizens’ suggestions are future changes, for example in Kuželova Street. Residents of 10 entrances chose from 3 possible variants of what their surroundings should look like. The same was true of the Místecká house 587-589, where a meeting with SVJ representatives took place and the project was modified exactly according to their proposals. Within the territorial procedure, several comments were received, all of which were properly settled and the project was adjusted accordingly. For example, in Ivančická Street, parking spaces were changed to meet the requirements of residents of entrances 580 – 582.

The future of the housing estate is fully in the hands of its inhabitants, who obviously want change. The proof is the increasing number of revitalized houses, which are managed directly by their inhabitants. Every active representative of SVJ deserves a huge thank you for contributing to the restoration of the old housing estate. Perhaps the other entrances will follow suit and get to work. The town hall supports the reconstruction of blocks of flats as much as possible, for example in the form of seminars, which are intended to help SVJ representatives in a difficult situation, which insulation or lift replacement certainly means. This year and last year, Councilor Mikulecký, in cooperation with other representatives of SVJ, organized seminars where people could learn how to proceed with the revitalization of the house. At the same time, there was a lively discussion about Lentilky and citizens could directly ask anything about the project.

“From the very beginning, the entire Letňany lentils project has been created together with the residents of the housing estate,” said Councilor Mikulecký. Sometimes it is difficult to reach the stairs, even within one house, but we always agree. People understand that we all live in a housing estate and each of us can have different ideas about the appearance of our surroundings. ” 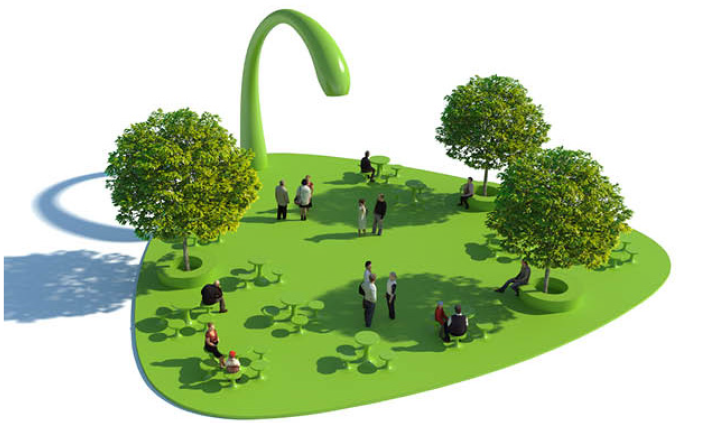 Letňanské lentilky is a complex project for the entire housing estate, which is inhabited by more than 3,500 people. Anyone who would expect everyone to agree 100% with the project would not be a realist. However, it is the active approach of the Letňany City Hall that is the means to achieve a unified agreement with the project. Its scope brings with it different opinions and it is always necessary to seek a compromise. City Hall handles all comments from citizens. Negotiations with SVJ and other residents, which result in implemented changes compared to the first version, prove that people themselves decide on the future of their surroundings.