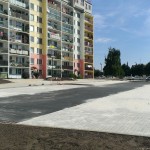 The parking lot in front of Místecká 567-569 has been completely reconstructed and is ready for the onslaught of cars. The Krausova x Místecká x Nýdecká crossroads received a new surface. In addition, 9 completely new parking spaces were created between Nýdecká and Jablunkovská streets. After the opening of parking in Jančová Street and the addition of spaces in Ivančická, the residents of the housing estate have other new parking spaces. In addition to playgrounds and greenery, smarties bring more parking.

This part was very much discussed when creating project documentation. The Czech Republic did not want to allow the original proposal to rotate the car park axis due to the creation of 3 new exits, which would increase the opacity of the intersection. More about the topic here.

The project of the new Místecká car park was created by the only possible variant approved by the Police of the Czech Republic, whose unequivocal requirement was to “blind” the entrance to Krausova Street. This solution should bring traffic calming and increase the safety of the Nýdecká x Místecká x Krausova intersection. Winter maintenance in the blinded part of the car park will be ensured so that the maximum number of parking spaces is always available.

Parking in the old standard housing estate is a problem not only in Letňany. Previously, 1 car counted for 3 apartments and now the ratio is rather the opposite. The designers were looking for literally every meter where it would be appropriate to make another place for cars and it would not hurt the greenery. For example, they found it on the corner between Nýdecká and Jablunkovská streets and 9 completely new parking spaces are now available. Similarly, new places in Ivančická have been available for several weeks now. 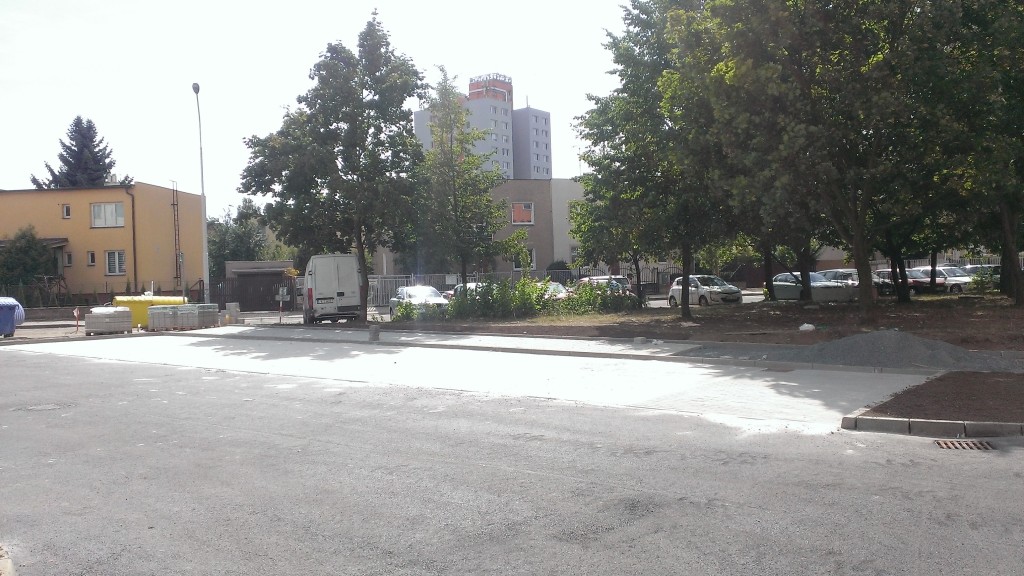 10 thoughts on “Open parking in Místecká”