The priority of the Letňany lentils project is to move cars from the courtyards towards the edge of the housing estate. There should be continuous green and leisure areas between the houses, which should not be unnecessarily divided by roads and parking lots.

The same approach as, for example, in connection with Kuželová Street was chosen for the solution of a dead-end street leading to the rear garages of the Malkovského 602 house (former service house). 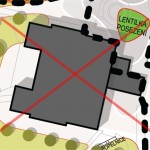 In the first version of the Lentilek project, the road ran along the south side of the 602nd house. Quite logically, they feared the noise and dust caused by a passing car. Despite the fact that the expected number of cars will be about 2 x 10 a day, because only cars will drive around the house to the rear garages and parking spaces behind the house.

Representatives of SVJ proposed to move the road more to the house Místecká 448-453. However, this variant was not technically possible due to the heat pipe and power lines in the ground. The operators of these lines disagreed with the proposed communication.

In the next version of the documentation, the northern variant was created, which eventually became the basis for land management. The access to the rear parking lot was designed as a one-way, paved, in the plane of the square, 3.5 m wide, at the entrance marked give priority to oncoming vehicles. The edge of the road is the edge of the current sidewalk, which must be maintained. The height difference at the back of the house and the entrance to the garage is about 1.2 m, which can be solved in the standard way by turning the road. It will be ensured that, for example, a child cannot run under the wheels of a car directly from the east of the house. The safety of all pedestrians will be ensured as much as possible and they will always take precedence over cars.

There are many similar places where people mix with cars and other transport. For example, the whole of us. Republiky is a pedestrian zone through which even trams run. Traffic on this road will be minimal, only car units per day will slightly disturb this pedestrian zone. Parking will not be allowed here and the entrance will only be with an electronic chip. The bins will be kept at the existing location at the Žabka store. 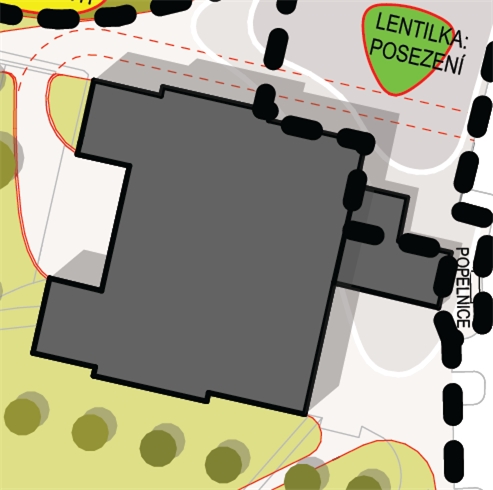 None of the proposed solutions is ideal and will partially limit the occupants of the house 602. However, it is necessary to maintain the access to the rear parking and garages and it is not possible to maintain the original road from Malkovského Street. The plan of the Letňany City Hall to establish a Municipal Police Service in the adjacent non-residential premises may be a certain satisfaction for the inhabitants. The safety of the new square will thus be maximally ensured.