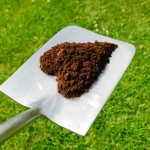 Today’s society is consumer and this is reflected in the amount of municipal waste produced. As the consumption of each person is constantly growing, the amount of waste is also increasing in direct proportion. The volume of waste that ends up in landfills can be reduced by sorting, recycling and biological treatment. While colored containers for paper, glass and plastics are used for sorting and recycling on the streets, we still have considerable reserves in the field of biowaste. It is the area of biological treatment that enables the efficient processing of biodegradable waste (BRO), which accounts for almost half of the total volume of municipal waste.

Interest in the treatment of organic waste is growing and new solutions concerning the method of bio-waste management (BO) are constantly being sought. The best known and oldest recycling technology for biowaste treatment is composting, thanks to which a quality fertilizer can be obtained, which quickly restores fertility and soil quality. During composting, organic matter is converted in the same way as in the soil, but this conversion can be technologically controlled and as much humus as possible can be obtained in the shortest possible time. The advantages of composting are: low economic costs, soil rich in nutrients, better soil workability and waste sanitation itself, because during the composting process, pathogenic organisms endangering human and animal health die. If biowaste is not properly sorted and processed and landfilled, it causes significant complications in the form of toxic leachates, unpleasant odors and the formation of greenhouse gases (methane, carbon dioxide).

Municipalities such as public corporations and territorial self-governing communities of citizens are responsible for biowaste, which forms a significant part of municipal waste. In municipalities, the collection of biowaste is concentrated in three basic sources, which are biowaste from the maintenance of public areas (municipal composting), biowaste from kitchens and biowaste from citizens. The collection of biowaste from the maintenance of public areas is primarily the collection of waste from the maintenance of greenery. Regular maintenance of public areas is one of the works that is mostly performed during periods of dormancy. When mowing grass, removing old plants, raking leaves, pruning trees and shrubs, a large amount of matter is created, which is suitable for conversion into quality compost. Public greenery for the purposes of community composting means parks, forest parks, sports grounds, playgrounds and publicly accessible grass areas in the village. The district has biodegradable waste that it needs to process and now wonders – how to deal with this material? 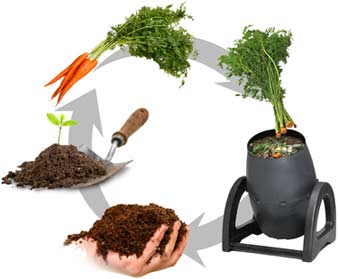 Every year, the town hall tries to involve the citizens of Letňany in the collection of biowaste and thus recycling, by placing large-capacity containers in reserved places in Letňany. In these large-capacity containers, people have the opportunity to throw bio-waste from gardens (cut grass, picked leaves, tree branches, fallen fruit, etc.) as well as household waste (kitchen waste of a plant nature). Unfortunately, in addition to people who welcomed the opportunity and threw green waste into containers, people also appeared, thanks to which sofas, electrical appliances, old carpets and much more began to appear among biodegradable waste (BRO). In the end, large-capacity containers for the collection of biowaste brought more work than benefits, as the district had to deal with and pay for the disposal of this material. For these reasons, it decided to abolish biowaste collection containers. So it happens that people throw cut grass in the field or among the bushes and branches burn at home in the gardens, thereby harassing their neighbors.

At present, it is possible to process “green” waste by using a small composting plant, which seems to be optimal. The intention of the district is to build a small municipal composting plant, in which the BRO will be properly sorted and processed, and the operation of which will be owned by the municipality. It is in the use of compost that the district sees as a huge advantage for the inhabitants – the local inhabitants of Letňany would thus contribute to recycling, be more interested in collecting biowaste, collecting it to the composting plant and helping it to function better (eg by handing over unpolluted plant residues). The district assumes that the newly created “green” compost will be used for the maintenance and restoration of public greenery and the surplus will be provided free of charge to the citizens of Letňany so that they can use it for their gardens or front gardens.

If such cooperation works, it will work, and people will recycle the BRO, the town hall is ready to address the idea of separate collection of biowaste, ie to buy and place small collection containers directly in the development, which would be more convenient for residents.

Today, all “green” waste is transported to a designated area, a landfill, where it is constantly accumulating. Due to unprofessional handling of this waste, cut grass, leaves, tree branches and shrubs accumulate, where they rot and there is no benefit from them. As the maintenance of public greenery is necessary, it is necessary to start the cleaning of the landfill in a targeted manner and to start processing “green” waste. 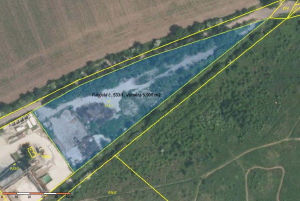 The landfill, plot no. 533/1 in the CN, is under the administration of the Prague 18 district. Of the total area of 5,900 m2, about 1/4 is currently used, the rest of the area is overgrown with shrubs and trees. The area at the place of use is completely / partially concreted (panels) and mown grass from municipal land and branches from pruning of trees and shrubs accumulate here. The whole plot is fenced with wire mesh, which is collapsed in many places and it is possible to enter the plot through a closed gate (chain and lock). Water and electricity supply is completely missing.