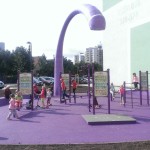 Common sense has prevailed. The Prague City Hall duly dealt with SVJ 450’s comments on the first phase of Lentilek. The perfect and factual argument full of factual facts clearly showed how senseless the activity of SVJ 450 was, full of pathetic arguments and politically motivated. The successful lawsuit forced the municipality to accept SVJ 450 as a participant in the territorial proceedings. However, not every court decision makes sense and is based on true facts. From the beginning, it was clear that the comments of this pseudo-political association are half irrelevant, and the other half were properly dealt with by the authors of Lentilek and modified the project earlier. The factual argument against the comments is presented in the previous article.

A number of comments were resolved within the project. There is no dog lentilka, the number of parking spaces has increased at least slightly and the housing estate is full of new quality trees. All this is stated in the decision, where the municipality states, inter alia: “… The appellant’s other objections are also so vague that it is not possible to comment and deal with them in any way …” This only underlines the original objectives of SVJ 450: to prevent the development of housing estates and destroy as much as possible.

At the end of the decision (read from page 6), the municipality states that “… the appellant did not raise any really specific objections either in the appeal or later before the administrative appellate body, which called on him to supplement the factual objections to the plan after the Supreme Administrative Court’s judgment; … “Theoretically, it is possible that another lawsuit, a request for review or something similar will come. However, logical arguments will be difficult to find. The fact that the representatives of SVJ 450 could not put together meaningful comments is a clear proof that the result of the revitalization was the right intention, sufficiently discussed with the citizens and, despite minor mistakes, is an extremely successful project.

Lentils will again be called a quality project. After all, this largest and most successful post-revolutionary project in Letňany deserves it. Certainly there will now be a number of (not only) deputies who will stop spitting on Lentilky and start highlighting it again as a successful example of revitalization. Some may brazenly take credit and use it for their own PR. Let them wish it. However, it is a pity that none of them will ever continue this nice project.